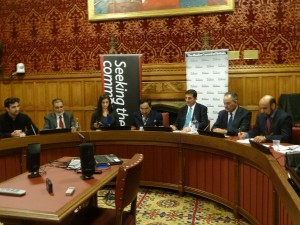 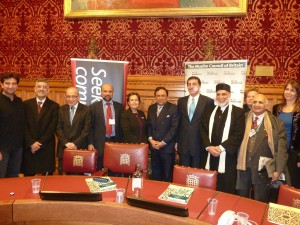 Lord Sheikh hosted an event in the House of Lords which was organised by the Muslim Council of Britain Inter Faith Relations Committee to mark the UN World Inter Faith Harmony Week 2012. The event was titled “Building Trust, Peace and Harmony through Interfaith Relations”. The Guest of Honour was Her Royal Highness Princess Badiya El-Hassan of Jordan and other dignitaries in attendance included His Excellency Mr Mazen Homoud, Ambassador of the Hashemite Kingdom of Jordan.

In his speech Lord Sheikh mentioned the fact that there are more similarities than differences in people and that we should highlight the similarities in order to establish closer links between communities. Finally Lord Sheikh spoke about the similarities between Islam and other religions and the need for everyone to act as Ambassadors and convey the message of peace to help promote harmony between various racial and religious groups.