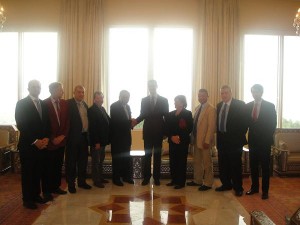 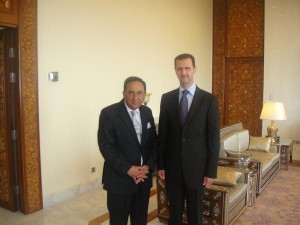 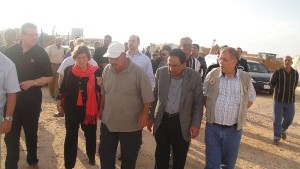 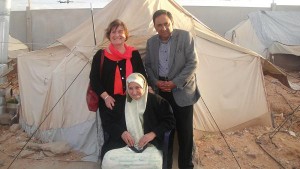 Lord Sheikh led a group of Parliamentarians to Syria which included Members of the House of Lords, House of Commons, Scottish Parliament and Irish Parliament. The Group met President Bashar Al-Asad in Damascus to discuss the position concerning Palestinian refugees in Syria and national and international issues including the achievement of peace in the Middle East. Lord Sheikh found President Bashar Al-Asad to be an extremely well-informed, intelligent and articulate person who cares about the plight of the Palestinian refugees.

The Parliamentary group also visited a refugee camp on the border of Syria which housed Palestinian refugees who had recently escaped from persecution in Iraq. The group met leaders of the Palestinian refugees who have lived in Syria for many years who are appreciative of the kindness shown to them by the Syrians. The refugees however talked about the ill treatment they received in Palestine which made them leave their country and become refugees.

The group met with United Nations representatives in Damascus and talked about how best to deal with the refugees who had recently arrived in Syria from Iraq.