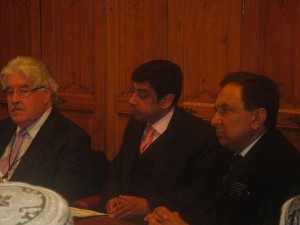 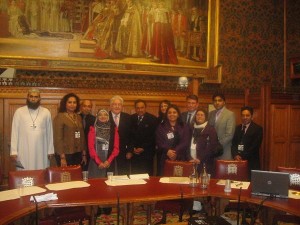 Lord Sheikh hosted an event in the House of Lords to launch the Conference on Faith & Climate Change which was a two-day event. Lord Sheikh talked about references to the preservation of the environment in the following religions: Christianity, Judaism, Hinduism and Islam. He also referred to the Climate Change Act passed by the British Parliament and its provisions, the main one being the emissions of harmful gases to be reduced 80% by 2050.

Lord Sheikh also mentioned the production of energy by renewable means and the steps that an individual can take to protect the environment. Lord Sheikh is promoting Islamic finance and one of the objectives of Islamic Finance is to invest the money for the benefit of the community and Lord Sheikh gave the opinion that he is suggesting that funds can be invested in the production of energy by renewable means. The people attending the meeting came from different parts of the world and Lord Sheikh expressed the opinion that he hopes the Conference will be productive in view of the pending Copenhagen Conference.