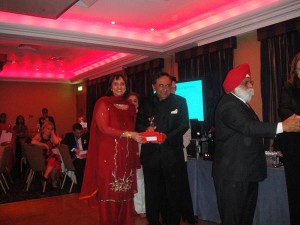 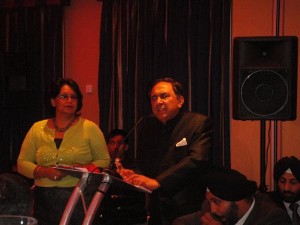 Lord & Lady Sheikh attended a dinner organised by Mr Chawla of ROKO Cancer. Lord Sheikh was presented with an award and in his speech said that he was accepting this with a great deal of humility. In his speech Lord Sheikh also referred to the fact that one of his guiding principles is to serve the community and in fact service to the community is part of the heritage of people from the subcontinent of India.