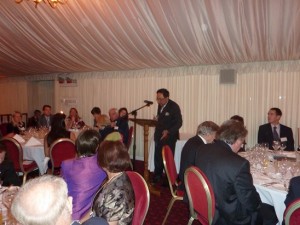 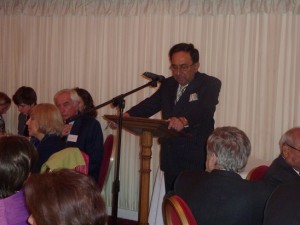 Lord Sheikh hosted a dinner for PEAS in the House of Lords. The event was very well attended. Lord Sheikh stated that he supports the work undertaken by the charity and their mission is to “unlock the potential of Africa by delivering equal access to affordable, quality secondary education”. They build and develop low-fee secondary schools and the running of the school is left to the Ugandans who are empowered and efficiently deal with the administration of the schools. Lord Sheikh also commented that the philosophy of PEAS is very desirable as it obviates the dependency culture.

Lord Sheikh also said that he was at one time a visiting lecturer and very much values the importance of education which is the gateway to success for all people. He added that he was brought up in Uganda and recently visited the country and emphasised that there has been peace and harmony for over 20 years since President Museveni has ruled the country. Uganda was described as the “Pearl of Africa” by Sir Winston Churchill and the pearl still has the luster and in fact it is shinier than it has been in the past.