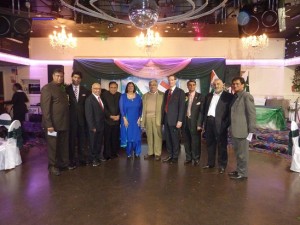 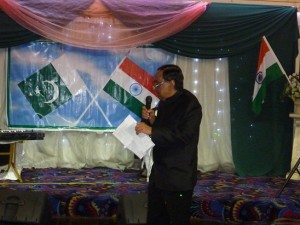 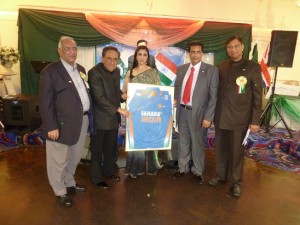 Lord Sheikh is a patron of the Pakistan India Friendship Forum UK and he attended the Forum’s Annual Dinner to celebrate its sixth anniversary on 3rd April 2011 at the C & L Country Club.

The Pakistan India Friendship Forum UK was founded in 2005 and works towards the mutual integration and harmonious living of the Pakistani and Indian communities within the UK. The Forum also celebrates, shares and promotes the rich cultural heritage that the people of India and Pakistan have to offer the world through shared history, art, music, dance, food, language and religion.

In his speech, Lord Sheikh highlighted the similarities between the Indian and Pakistani communities and reiterated his belief in building bridges between people and interfaith dialogue. He also acknowledged the progress made between the two countries in the build-up to the Cricket World Cup Semi-Final and congratulated India on winning the Final which had been held on the previous day.

He also said that the two counties must undertake more trade as this brings people together and talked about the creation of the Common Market after the Second World War between two old enemies France and Germany. This has now resulted in the formation of the European Union.