Memorial for the Pakistan Flood Victims 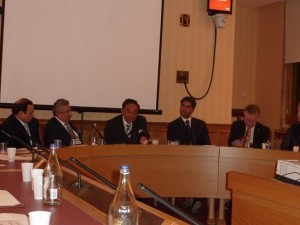 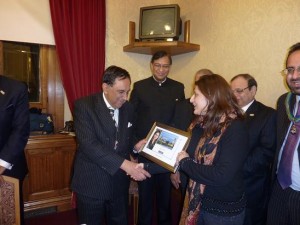 Lord Sheikh hosted a meeting and dinner in the House of Lords for the United International Community UK which was a memorial tribute for the Pakistan Flood Victims. The meeting was very well attended and there were speeches by a number of eminent persons.

Lord Sheikh in his speech stated that there had been deaths and illnesses suffered by people, considerable damage to the infrastructures, people’s homes, farms, bridges, schools, hospitals and roads, and parts of the land are still submerged.

It is important that not only aid and help is provided for humanitarian purposes, but assistance is also provided for the reconstruction of the regions that have been affected. Help needs to be given on an ongoing basis for some time to come.

It is also imperative that we ensure that the aid does reach the right people and Lord & Lady Sheikh have given resources to three programmes where they were assured that this will be done.

Later in the day there was a dinner in the Attlee Room of the House of Lords and Lord Sheikh was asked to present an award to Rabia Zia who has raised nearly a million pounds for the relief work. Everyone did appreciate her considerable efforts and the work she has done and continues to undertake for humanitarian purposes.