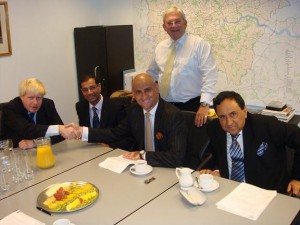 The Mayor stated that Muslims play a significant role in London and its rich multi-cultural heritage and he deemed it very important that more needs to be done to engage with the hundreds of thousands of Muslims in Greater London and address issues pertaining to this vibrant community.

The Mayor asked CMF to continue to work closely with his office in developing a strategy to further his engagement with the community.