Meeting on Tunisia in the House of Lords 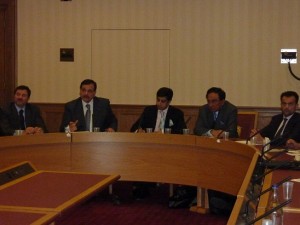 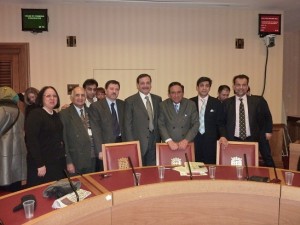 The Conservative Muslim Forum held a meeting in the House of Lords entitled “Tunisia – One year after the Revolution – Challenges and Opportunities”. The speakers at the meeting included Lord Sheikh, HE Mr Hatem Atallah (Tunisian Ambassador) and Dr. Noureddine Malidi.

Lord Sheikh in his speech said that a sea of change has been occurring across the Arab world which began in December 2010 in Tunisia when a market seller set himself on fire in protest against corruption and bad governance. President Ben Ali resigned soon afterwards. He also mentioned the situations in Egypt, Yemen, Libya, Bahrain and the present problems in Syria.

Lord Sheikh further stated that he cares deeply about humanity and believes in justice, peace, sanctity of life and the freedom of religion and speech. These things were not present in many Arab countries before the Arab Spring and we are now of course moving towards changes which are encouraging.

It was a very interactive session and a number of points and questions were raised by the audience.