The purpose of the visit was to find out more about the current situation in Tajikistan and to strengthen political, trade, educational and cultural ties between the UK and Tajikistan. It was primarily a fact-finding mission and Lord Sheikh had the intention of observing and exploring the social and economic factors in the country. He wanted to meet and talk to people, ascertain the situation and make representations to government departments.

To read Lord Sheikh’s summary report from his visit to Tajikistan, please click on the following link: 2020-01-06 – Report – Lord Sheikh Tajikistan Visit 16-21 September. This report was sent to all the relevant persons in the UK, Tajikistan and other countries.

During his visit, Lord Sheikh had a full schedule of engagements. His engagements included the following:

Meeting with the Deputy Minister of Foreign Affairs of the Republic of Tajikistan Muzaffar Huseynzoda. 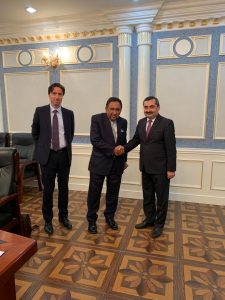 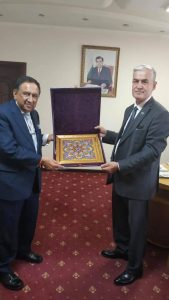 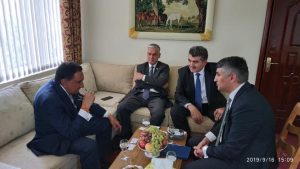 The Main Directorate of the State Fire Service of the Ministry of Internal Affairs of the Republic of Tajikistan together with the British Embassy in Dushanbe, FireAid, Staffordshire Emergency Services Humanitarian Aid, Eastern Alliance for Safe and Sustainable Transport and the Young Generation of Tajikistan NGO hosted a joint ceremony to officially hand over two fire engines and fire appliances to Tajikistan’s State Fire Service.

Lord Sheikh attended and spoke at the ceremony alongside the Head of the State Fire Service of MIA Major-General Nozimjon Ibrohimzoda, British Ambassador His Excellency Matthew Lawson and the representatives of other partner organisations. During his speech, Lord Sheikh noted the importance of building up the resilience of Tajik firefighters and rescuers so that they could effectively respond to fire cases and traffic accidents in Tajikistan.

Since 2015, with the help of the Fire Aid project, the State Fire Service of the Ministry of Internal Affairs of Tajikistan have received 6 fire engines, 1 ambulance car and a specialized vehicle for carrying out road accident operations. 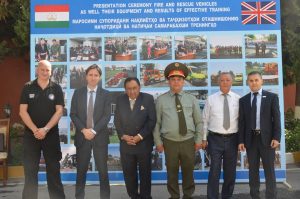 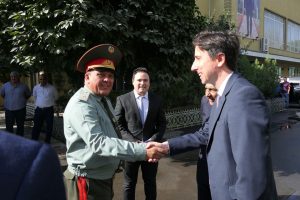 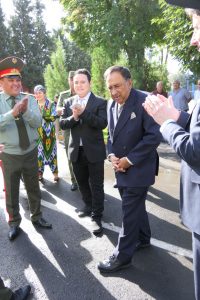 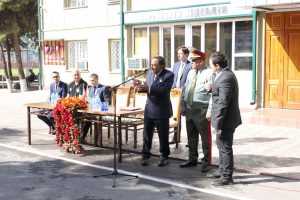 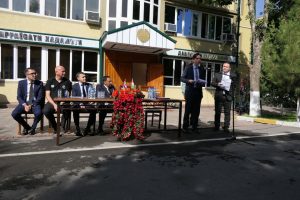 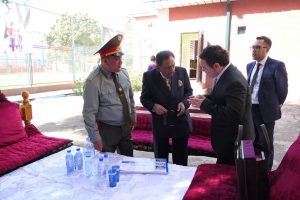 Lord Sheikh and His Excellency Matthew Lawson spoke at the plenary session of the International GCRF Conference “Tajikistan and Cultural Diplomacy in Central Asia and Eurasia”.  Lord Sheikh highlighted the importance of education for building prosperity in the country. Responding to the questions from the audience, His Excellency Matthew Lawson noted that helping Tajikistan build its resilience is the cornerstone of UK Government’s mission in Tajikistan. 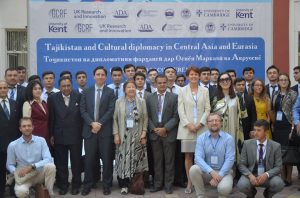 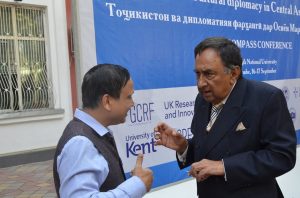 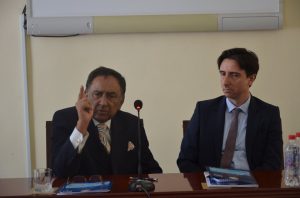 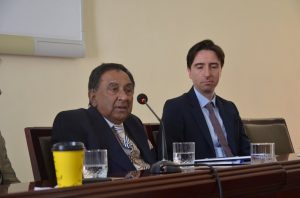 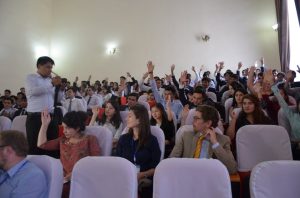 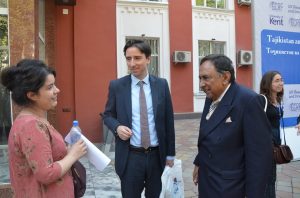 Lord Sheikh’s meeting with Mr Numon Abdugafforzoda, the Chairman of The Committee for Tourism Development under the Government of the Republic of Tajikistan. 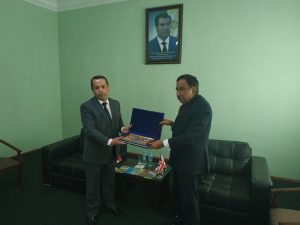 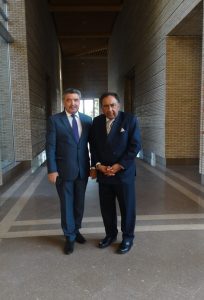 Lord Sheikh’s meeting with the representatives of the Sughd Free Economic Zone (FEZ). Established in 2008 in a highly favorable location, the Sughd FEZ offers 320 hectares of land and a number of incentives for enterprises. 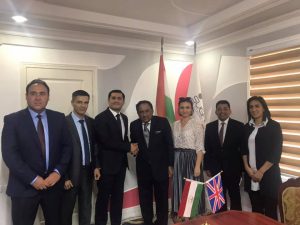 During his visit to the Sughd region, Lord Sheikh participated in the official opening of the 14th UNICEF Tajikistan’s Adolescent Innovation Lab. 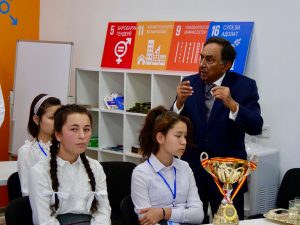 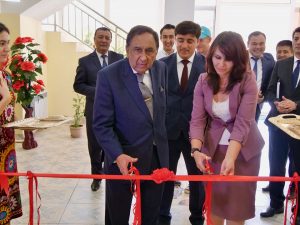 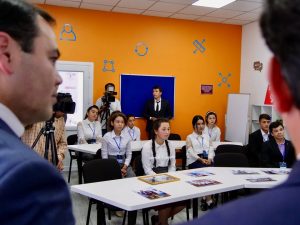 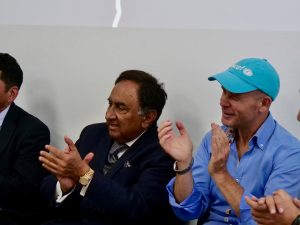 Lord Sheikh was pleased to meet with active social entrepreneurs in Khujand to listen to their success stories. 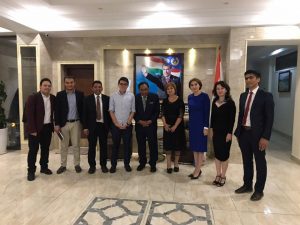