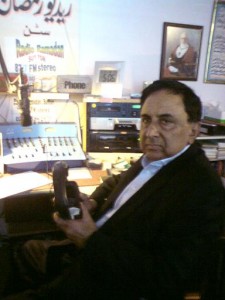 Lord Sheikh has supported the establishment of Radio Ramadan Sutton and appeared on the radio station when he was interviewed by the founder of the radio Mr Lal Hussain MBE. Lord Sheikh has known Mr Lal Hussain MBE for several years and appreciates the considerable work which he has undertaken and continues to undertake for the community. Lord Sheikh spoke on a variety of subjects including the work of the House of Lords, his personal and business life, his involvement in the City of London and the achievements and problems of the Muslim community in the United Kingdom.