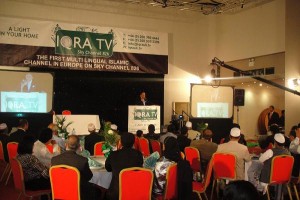 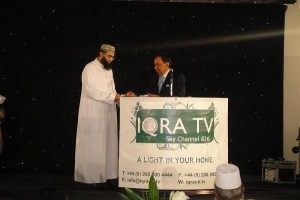 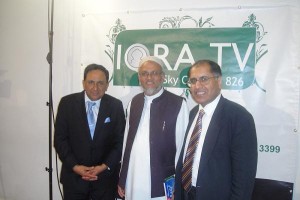 Lord Sheikh in his speech made the point that as a peer he has a coat of arms and his motto also is “Iqra”. Lord Sheikh said that as a former visiting lecturer he places a great deal of importance on education and welcomed the launch. He also said that he will render support to the Al-Khair Foundation and the channel in every possible way. Lord Sheikh stressed the importance of empowerment of women and was pleased that the channel would be involved in promoting harmony between various religious and racial groups.

Lord Sheikh was accompanied by Mohammed Amin (Vice-Chairman of the CMF) and a number of people at the launch expressed a desire to join the Conservative Muslim Forum.