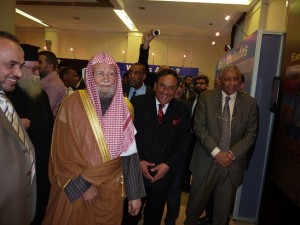 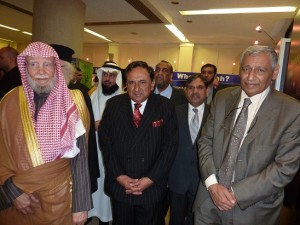 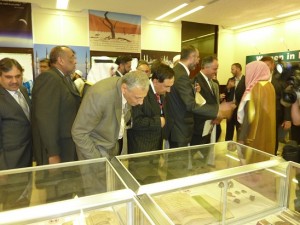 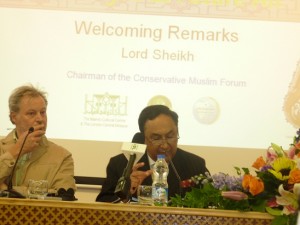 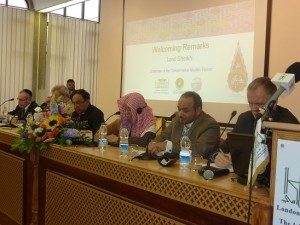 Lord Sheikh was asked to attend the opening of “Muhammad – A Mercy to Mankind”, a permanent exhibition at the Islamic Cultural Centre and the London Central Mosque. Lord Sheikh in fact cut the ribbon to officially open the exhibition with His Excellency Dr Abdullah bin Abdulmuhsin Al-Turki (Secretary General, Muslim World League) and His Excellency Mr Khaled Al Duwaisan (Ambassador to Kuwait).

Lord Sheikh is a supporter of the exhibition as it does convey the true message of Islam and has examples of the glorious history of the Muslims over the centuries.

After the opening ceremony there was a dialogue seminar with the participation of eminent speakers from various faiths. Lord Sheikh made the initial speech with the opening remarks and if you wish to view his speech please click here.