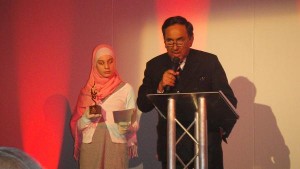 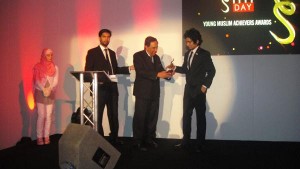 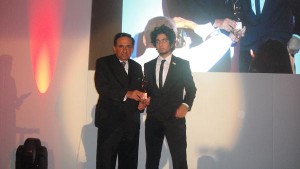 Lord Sheikh attended and made a presentation of an award at the first annual ILM Day Awards organised by the Islam Channel at Hilton Metropole London. Lord Sheikh spoke before presenting the award and made the point that the theme of the awards was “ilm” which has the same meaning as the motto which appears on Lord Sheikh’s coat of arms. The motto is “iqra” and the coat of arms shows a peacock holding two quill pens and there is a row of books and all these signify the fact that Lord Sheikh is very keen to promote education.

Lord Sheikh also said that the words “education, education, education” were in fact emphasised by Sir Syed Ahmed Khan who was the founder of the Aligarh Muslim University. Lord Sheikh also referred to the fact that Muslims have a rich history in knowledge and education relating to science, mathematics and astronomy and hoped that the young Muslims who received the awards today will continue with the culture of advancement and excel in the pursuit and imparting of knowledge.

The dinner was extremely well attended and Lord Sheikh congratulated the Islam Channel for their achievement in organising such a splendid event.