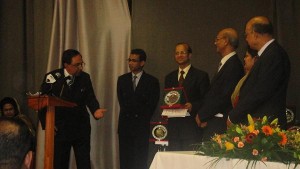 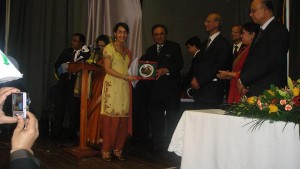 Lord Sheikh was a special guest and presented an award at the ceremony organised by HE the High Commissioner for Bangladesh to mark the achievements of the British Bangladeshi students. Lord Sheikh commented that he was pleased to be asked to make the presentation as he has a keen interest in promoting education. He stated that OFSTED reports from secondary schools have shown that many Bangladeshis are making significant progress in their education compared with other ethnic minorities. Lord Sheikh also added that he is interested in the wellbeing of the Bangladeshi community and he is a Vice-Chairman of the Britain-Bangladesh All-Party Parliamentary Group.

The ceremony was attended by the Minister for Education in Bangladesh, His Excellency the Bangladeshi High Commissioner and a number of British Parliamentarians.