Fundraiser by the Mayor of Southwark 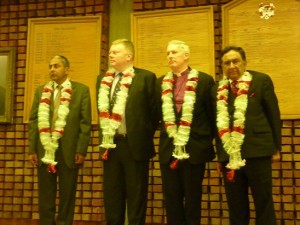 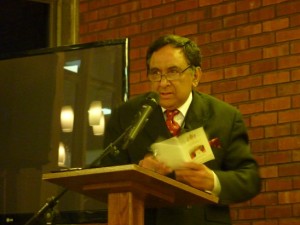 Lord Sheikh was a VIP guest and spoke at an event organised by The Worshipful The Mayor of Southwark Cllr Sunil Chopra. The event was entitled “Celebrating Diversity” and was held at Dulwich College and the charities being supported were UK Homes4Heroes and the Robes Project.

Lord Sheikh was garlanded by Mrs Chopra and in his speech mentioned the fact that Cllr Chopra was the first Indian to become the Mayor of Southwark. He also made the comment that foreigners who to come to the United Kingdom have done well in every walk of life and anyone coming to this country and who is prepared to work hard will achieve success as the sky is the limit in the United Kingdom. He was very pleased to note that one of the charities which was being supported was for the welfare of ex-servicemen and Lord Sheikh is a member of the All-Party Parliamentary Group for the Armed Forces and speaks on defence issues. We must all be proud of what the ex-servicemen have done for the country and we must ensure their wellbeing in civilian life.