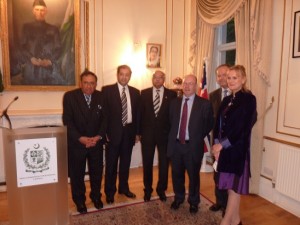 Lord Sheikh in his speech talked about the United Kingdom’s relationship with Pakistan and the fact that the British Government has pledged a sum of over £600m in aid to Pakistan which could make Pakistan the largest recipient of foreign aid from the United Kingdom. The funds are to be utilised for education, health, job creation, building of infrastructure and empowerment of women.