On Monday 4th October, Lord Sheikh attended a Gala Dinner held at the iconic British Muslim Heritage Centre in Manchester. The event was arranged by the Conservative Muslim Forum, in order to officially launch the North-West branch of the CMF. As President of the CMF, Lord Sheikh gave a speech at the dinner, welcoming the guests, and celebrating the promotion of the Conservative Party in the area. Lord Sheikh is also a patron of the Muslim Heritage Centre, and spoke about his connection with the historic venue. Notable attendees were present, including the Deputy Chairman of the Conservative Party, Justin Tomlinson MP, and the Women and Outreach Manager for the Conservative Party, Chloe Schendel-Wilson. Lord Sheikh presented his second published book, ‘An Indian in the House’, to Justin Tomlinson MP. Also present were a large number of guests, and the event was streamed live to over 2.5 million viewers around the world. The CMF now has branches in Manchester, Scotland, Peterborough and the Midlands. 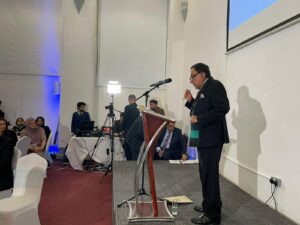 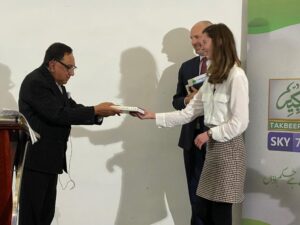 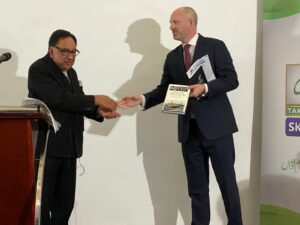