Lord Sheikh hosted a meeting in the House of Lords which was very well attended to discuss concerns regarding recent events in some parts of Sri Lanka where there have been persecutions and bad treatment of Muslims.

People from all walks of life from around the country attended the event and heard speeches from a distinguished panel of speakers which included the following:

Lord Sheikh in his speech stated that he was a long standing friend of Sri Lanka and has visited the country twice in the last three years. He was impressed by the achievements of peace in the country and in regard to the Muslims he made the point that Muslims have been contributing to social, political and economic life of the country from 7th century onwards have always been and continue to be friends of all communities and the recent developments are therefore unfortunate and unnecessary. 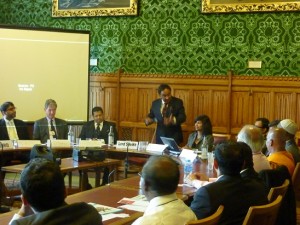 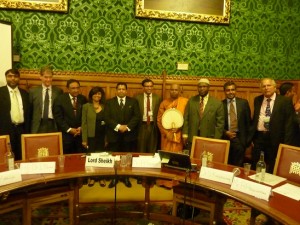