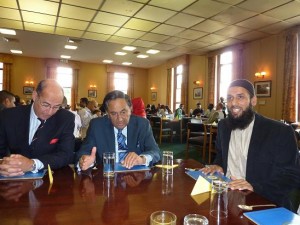 At the meeting Group Captain Zahur Ulhaq put forward the idea that we should all consider erecting a memorial in the memory of Muslims who were killed during the two World Wars. Lord Sheikh spoke very much in favour of this idea and said that he would render his support in taking this forward.