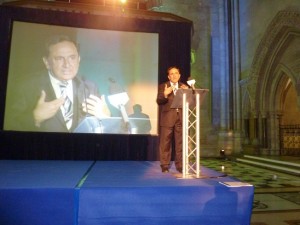 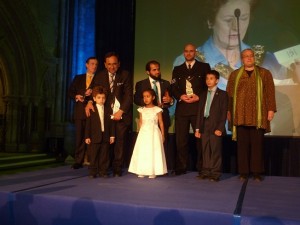 Lord Sheikh was a VIP guest at the Gala Dinner marking the 25th Anniversary of the Al-Muntada Al-Islami Trust at the Royal Courts of Justice, Strand which was very well attended. Lord Sheikh spoke at the dinner and praised the charitable work undertaken by the Al-Muntada Trust in sub-Saharan Africa. He commended the Trust on their various valuable activities and initiatives including feeding programmes for some of the poorest people in the world, educational programmes to tackle illiteracy and the building of water wells and community outreach.

Lord Sheikh also talked about donations to charity and deserving causes which provides satisfaction to both the donor and recipient. Lord Sheikh congratulated the Trust for the fact that all of their work to help people is undertaken irrespective of colour, race or religion. You can see a video of his speech by clicking above.

Lord Sheikh was presented with an award by children which is something he did appreciate as he is fond of children and always says that children are our future.