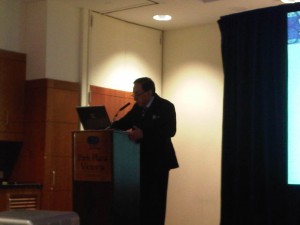 Lord Sheikh was asked to give the keynote speech at the World Islamic Finance Conference UK which was held at the Park Plaza Victoria. The subject of his speech was “The future of Islamic banking in Europe – the way forward”.

In his speech Lord Sheikh addressed several points including the sizeable growth of the industry compared to the conventional markets as well as the Government’s role in promoting Islamic finance in the UK. He also suggested that other countries should use the UK’s expertise and facilities in the market to help develop Islamic finance in their respective regions.