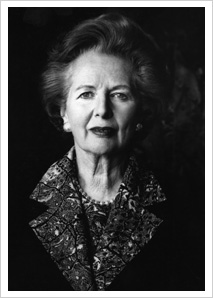 Lord Sheikh is the Chairman of the Conservative Muslim Forum and the following item has been posted on the Forum’s website. Lord Sheikh would like it to be repeated on his own website because he held Baroness Thatcher in great esteem and would like to pay tribute for all of the excellent work she undertook when she was Prime Minister of our country.

The Executive of the Conservative Muslim Forum is deeply saddened by the death of Baroness Thatcher, and extends its sympathy to her family.

It is our country’s good fortune that at key moments of crisis, great leaders emerge.

It is hard to remember now the state of our country at the time when Margaret Thatcher became the leader of our Party (the first woman to lead any major British political party) and when she was elected as our country’s first woman Prime Minister. In the most difficult of circumstances, her government’s determination, resolution and innovation transformed our country’s future. She will forever be remembered as the saviour of our country.

It is not only Britain that owes a debt of gratitude to Baroness Thatcher. The darkest moment of her time in office was the day that Argentine troops invaded the Falkland Islands. The determination and refusal to contemplate surrender that Mrs Thatcher showed at that time led not only to the liberation of the Falkland Islands; they led directly to the collapse of the Argentine Junta and the liberation of the people of Argentina from a brutal military dictatorship.

Our chairman, Lord Sheikh, is deeply honoured to have been invited to Baroness Thatcher’s funeral and God willing will be attending.