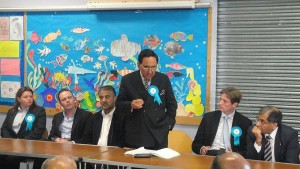 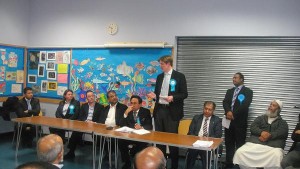 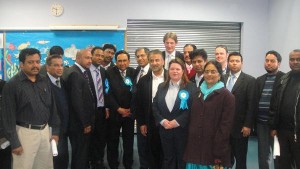 Lord Sheikh travelled to East Ham to speak on behalf of the Conservative Prospective Parliamentary Candidate Paul Shea at a meeting with members of various communities. Candidates for the forthcoming local elections were also in attendance.

Lord Sheikh spoke on the economy, his activities in the House of Lords and the Conservative Party’s policies relating to various issues.  Lord Sheikh was accompanied by Lady Sheikh and Mohammed Amin who also spoke.