Reception organised by HE the Ambassador for Kosovo 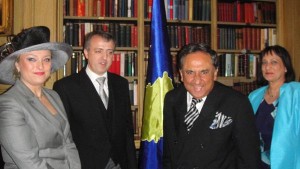 Lord Sheikh has spoken on Kosovo at a meeting organised by Faith Matters on 26th November 2009. Click here if you would like to view his speech.