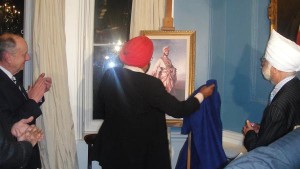 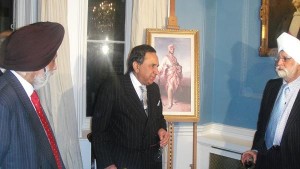 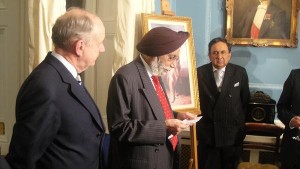 The Lord Sheikh & Ranjit Singh OBE organised a reception for a portrait of Maharaja Duleep Singh to be presented to the Carlton Club on 3rd February 2010. The Rt. Hon. Lord Cope of Berkeley (Chairman of the Carlton Club) made the arrangements with the Club and General J J Singh (first Sikh Chief of Army staff of India and Governor of the State of Arunachal Pradesh) unveiled the portrait. The portrait was commissioned by Ranjit Singh OBE.