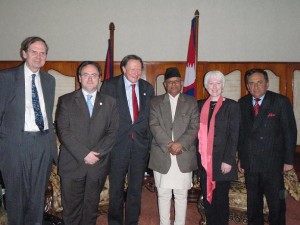 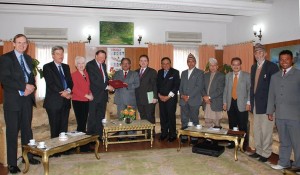 Lord Sheikh was part of a parliamentary delegation to Nepal organised by the Inter-Parliamentary Union. The delegation met the President, the Prime Minister, the Foreign Minister, heads of the Army and Police and senior members of the Nepali Parliament and the community. Lord Sheikh has spoken in the House of Lords on the rights of Gurkhas and he was pleased to meet the heads of the Gurkha Welfare Association in Nepal. Lord Sheikh is deeply interested in the environment and the delegation visited a forestry programme involving the preservation of trees.