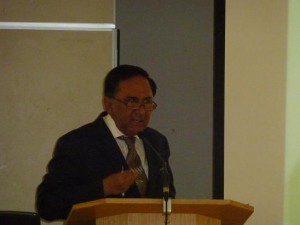 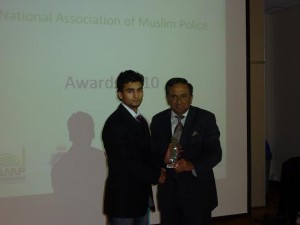 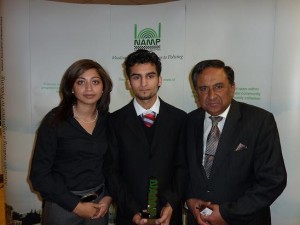 Lord Sheikh was invited by the National Association of Muslim Police to attend and speak at their annual awards ceremony and also present the Young Persons Award.

Lord Sheikh in his speech emphasised the point that it is important that the achievements of young Muslims are recognised. He said that in his speech in the House of Lords recently he referred to this point.

Lord Sheikh also stated that nearly all the Muslims are law-abiding citizens and accepts the fact that there is a problem with a tiny minority of youths who do not follow the true message of Islam. It is important that all Muslims give the message that Islam is indeed a religion of peace and dispel any misunderstanding between people.

Sometimes there are problems amongst people of different religious beliefs which arise from misunderstanding and we must all make an effort to dispel these misunderstandings.

Lord Sheikh further said that there are a number of Muslim youths who have done very well in every walk of life and they have been very successful and they should be the role models for others to follow. He urged Muslims to be involved in every walk of life in the United Kingdom and also think about joining the police force and the army as there are many successful careers for them to follow.

Lord Sheikh presented the Young Persons Award to Bahar Abbasi who was recognised for his considerable achievements.