Meeting on Uganda in the House of Lords

Lord Sheikh hosted a meeting on behalf of the Conservative Foreign and Commonwealth Council to talk on the Pearl of Africa (Uganda).

The meeting was very well attended. Parliamentarians including Pauline Latham MP, Lord Popat and various members of the community attended. His Excellency Mr Julius Peter Moto, High Commissioner of the Republic of Uganda, was Chief Guest at the meeting and spoke at the event.

The meeting sought to talk about and promote the good stories of Uganda.

The below pictures show Lord Sheikh presenting His Excellency Mr Julius Peter Moto, High Commissioner of the Republic of Uganda, on behalf of the Council. 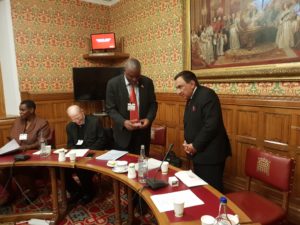 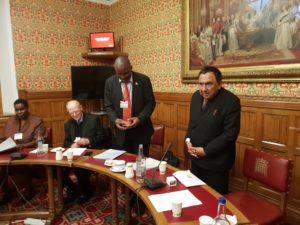 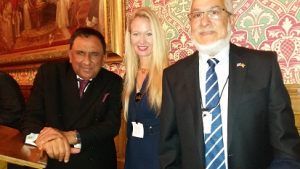 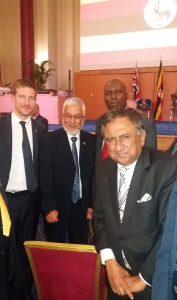