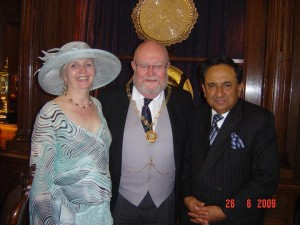 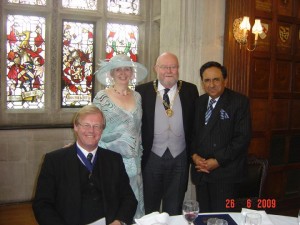 Lord Sheikh was the Guest Speaker at the Civic Luncheon hosted by Langbourn Ward Club (founded in 1890) held at the Ironmongers’ Hall, London, EC2Y 8AA on 26th June 2009. The Rt. Hon. The Lord Mayor of the City of London (Alderman Ian Luder) was also in attendance and spoke at the luncheon. The transcript of Lord Sheikh’s speech can be found in the Speeches & Media section. Lord Sheikh referred to his deep rooted connection to the City of London and the charitable work undertaken by the livery companies. He also spoke about the credit crunch and his assessment of the causes and remedies.