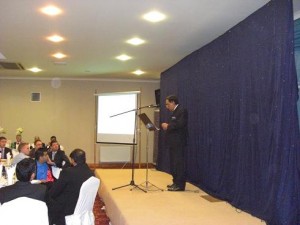 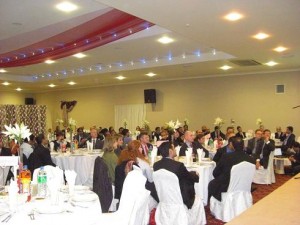 Lord Sheikh travelled to Glasgow to make the keynote speech at the dinner organised by the Islamic Finance Council. Lord Sheikh is extremely keen to promote Islamic banking and financial arrangements and in his speech he referred to the fact that at present, the global Islamic finance market is worth more than $700bn, and the UK has assets in excess of $18bn which places it eighth in the Bankers League. Islamic banks have over 300 institutions in 51 countries and the annual growth in Islamic finance is in excess of 30%. Lord Sheikh made the comment that the British Government could do more on the issue of sukuks (Islamic bonds) and there is a growing demand for such bonds. Lord Sheikh also paid tribute to the work that the Islamic Finance Council has done to further Islamic Finance globally in general, and Scotland in particular.