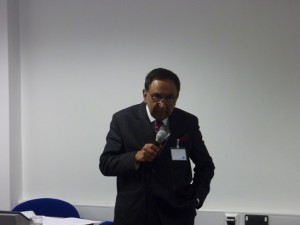 Lord Sheikh was invited to be the main speaker at a Conference organised by the University of East London on Islamic Finance. He spoke at length and covered a range of issues relating to Islamic finance in the United Kingdom. He made the point that it is the first time that the WIEF was being held outside a Muslim country. He also talked about the success of the Conference and there were over 10 Heads of States of various countries in attendance.

Lord Sheikh also congratulated the Prime Minister David Cameron for his announcement to launch  and Islamic bond (sukuk) and the establishment of loans to students and start-up loans based on Islamic principles.