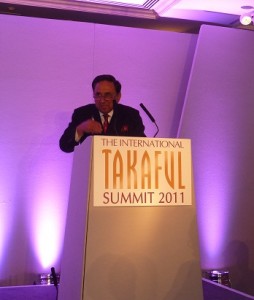 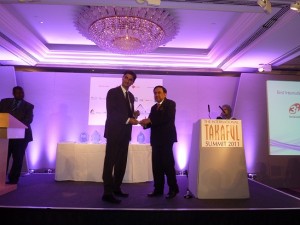 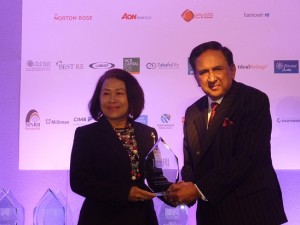 Lord Sheikh was asked to open the 5th International Takaful Summit 2011 with an inaugural speech at the Jumeirah Carlton Hotel, London. The Summit was organised by Mr Iqbal Asaria CBE of Afkar Consulting and the Conference was very well attended with delegates from different parts of the world.

The past decade has seen a considerable increase in the size and magnitude of Islamic Finance and the Takaful industry has taken pride of place as the major growth sector in recent years. The industry has exihibited an annual growth rate of over 30% and has gained favour in both Muslim and non-Muslim juridictions.

Lord Sheikh also mentioned the knowledge and expertise which is available in the United Kingdom and urged other delegates to look to this country if they need guidance or assistance on the development of Islamic Finance or Takaful covers. Lord Sheikh also said that he is the Vice Chairman of the Associate Parliamentary Group on Islamic Finance and there is an increasing interest amongst the British Parliamentarians in the industry.

Lord Sheikh also presented the Takaful Leadership Awards 2011 to winners of various categories. Awards were given to individuals and companies who had excelled in different aspects of the industry.

On the final day of the Conference Lord Sheikh hosted a dinner at the Carlton Club for the delegates. The venue was very much appreciated by the delegates who came from all over the world.