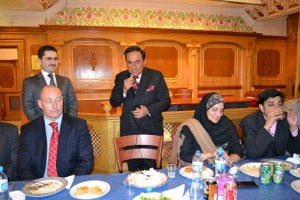 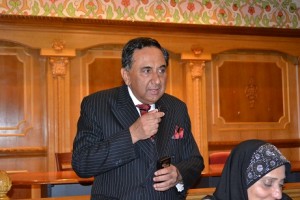 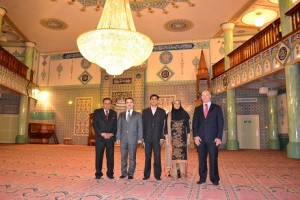 Lord Sheikh was the Guest of Honour at the Iftari organised by the Suleymaniye Mosque, UK Turkish Islamic Cultural Centre at Kingsland Road, London. Lord Sheikh in his speech referred to the fact that the mosque is beautifully and tastefully constructed and decorated. He made the point that wherever the Turks go, they are renowned for building grand mosques.

Lord Sheikh also said that he has been to various cities in Turkey as well as the Turkish Republic of Northern Cyprus. Lord Sheikh is very much interested in the Ottoman Empire and the Turks have a rich history and culture. He finds the Turks to be very hospitable and in his visits to Turkey and Northern Cyprus he has been met with warmth and a great deal of courtesy.

Lord Sheikh has spoken on issues relating to Turkey and the Turkish Republic of Northern Cyprus in the House of Lords and elsewhere. He very much supports the entry of Turkey into the European Union and would like to see a fair and just settlement of the various issues in Cyprus.