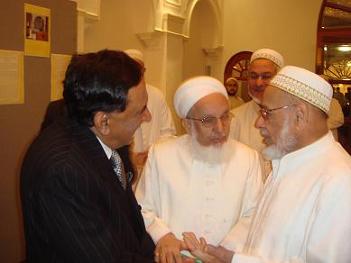 Lord Sheikh, the chairman of the Conservative Muslim Forum attended a function hosted by the Dawoodi Bohra community in Northolt, West London. An elaborate exhibition was on display at the event which highlighted the community’s charitable work. A documentary was also screened which focussed on the newly built Saifee Hospital in Mumbai, India which was built by the Dawoodi Bohra community. The hospital was inaugurated by the Prime Minister of India, Dr Manmoham Singh and is widely recognised as one of the most technologically advanced hospitals in the entire country.