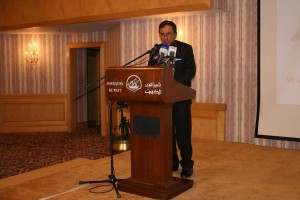 Lord Sheikh was invited to make the keynote speech at the 7th Civilisation Dialogue between Japan and the Islamic World in Kuwait which was organised by the Kuwait Ministry of Awqaf and Islamic Affairs. Lord Sheikh spoke about various issues including climate change, Islam and the environment and he emphasised the importance of dialogue between countries to try and combat the ever-increasing global threat of climate change. 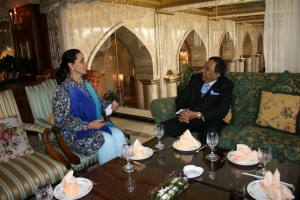 Lord Sheikh attended a meeting with her Highness Sheikha Al Amthal Al Ahmad Al Sabah, the sister of the Emir of Kuwait (pictured above), who is very much concerned with humanitarian issues. 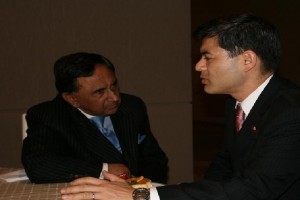 Lord Sheikh in discussion on international affairs with the Deputy Foreign Minister of Japan who was also a speaker at the Conference. 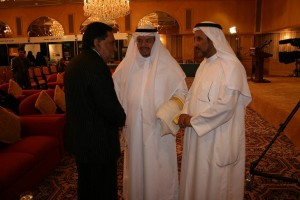