Lord Sheikh hosted the launch of Dr Wafik Moustafa’s book, titled ‘The Elusive Arab Spring’. The book gives a history of the events that unfolded in Egypt before, during and after the Arab Spring. The author of the book was born in Cairo and studied medicine at the Cairo University. Wafik founded the Conservative Arab Network and has been a parliamentary candidate in the general election. He has appeared in numerous TV programmes on National, International and Arab TV channels. He spoke about the need for democracy to be established in Egypt. Lord Sheikh spoke about the need for a peaceful settlement and reconciliation of all communities living in Egypt. Lord Stone spoke about his recent visit to Egypt and the need for trade to promote the country economically. 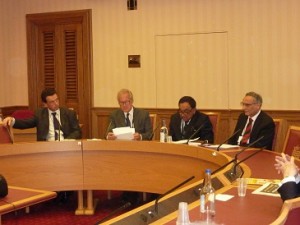 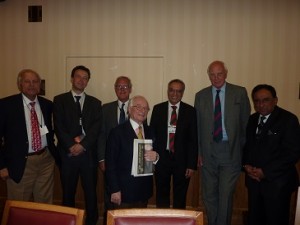