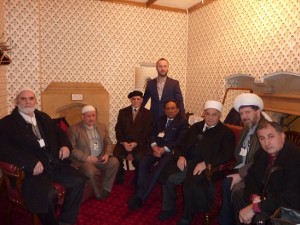 Lord Sheikh received a delegation of Muslim leaders and scholars from Kosovo. Lord Sheikh has supported Kosovo particularly on its independence and feels that more countries should recognise Kosovo as an independent state. The delegation prayed in the House of Lords Prayer Room and Lord Sheikh praised the resilience and fortitude of the Kosovans. He has visited and spoken at events organised by the Kosovans at their marvellous mosque in Maida Vale.