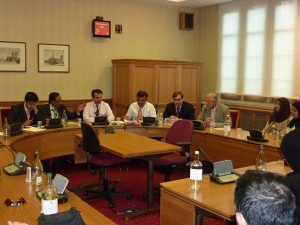 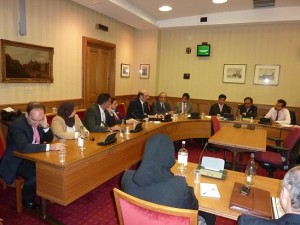 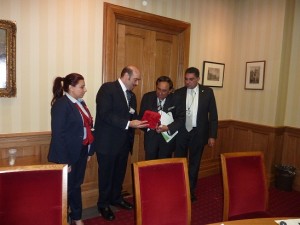 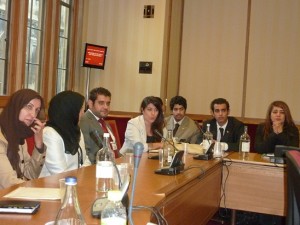 Lord Sheikh met a delegation of prominent Bahraini citizens in the House of Lords to discuss the current situation in Bahrain. The delegation was made up of citizens belonging to all of the major religious groups including Sunnis, Shias, Christians and the Bahai.

There is a great desire amongst the Bahrainis to achieve peace and harmony and members of the delegation were able to give first-hand accounts of what has happened recently and the way forward.

Lord Sheikh had asked a number of persons who are interested in Bahrain to attend the event.

Lord Sheikh was presented with a plaque which has a Bronze Age Dilmun Seal. The Dilmun Civilisation was in the period 2500BC to 500BC. It was for many years the centre for trading in the Gulf and Bahrain was at that time called Dilmun. Lord Sheikh thanked the leader of the delegation for the remarkable gift as he has been to Bahrain three times and does know a little of its history.