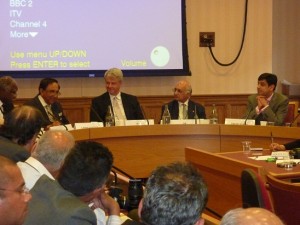 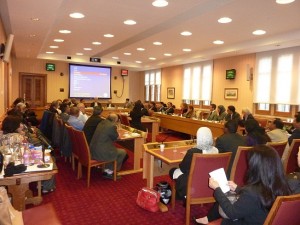 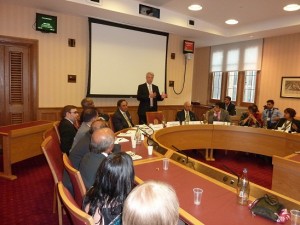 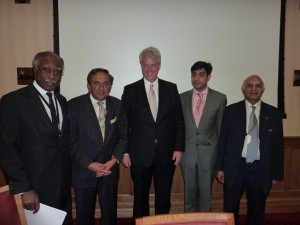 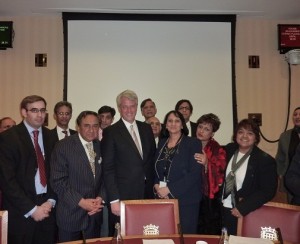 The arrangements for the meeting on 24th May 2011 were made by Dr Farrukh Hussain, Chair of the Health Group of the Conservative Muslim Forum and Shaheen Mahmood, Executive Secretary.

The meeting proved to be very popular and the numbers admitted were limited. The attendees included members and supporters of the Conservative Muslim Forum, doctors, medical staff and members representing various communities.

There was an initial speech by Lord Sheikh who commented that the NHS does require reforming and as a businessman he felt that the question of bureaucracy, overmanning and utilisation of the funds in a proper manner needed to be addressed. There was also a short speech made by Dr Farrukh Hussain.

Andrew Lansley, in his speech, asserted that competition for services would not result in the privatisation of the NHS. He also said “We need to have a fair system for providers in a level playing field. We must make sure we develop the payment system and ensure it’s payment for outcomes not payment for activities, through Monitor, for the sustainability of what they do so we don’t lose key services.”

He went on to say “It isn’t about privatisation, because we support the NHS. It’s not about cherry-picking by the private sector. We use the payment system to prevent them walking in and taking responsibility for some patients and not others. It’s about quality, not competition that undermines quality…if the private sector doesn’t provide the best care, it doesn’t get the services.”

Lord Ribeiro, who has had a distinguished career in the field of medicine and was previously the President of the Royal College of Surgeons, was also in attendance and he made a relevant point at the meeting.

The Conservative Muslim Forum has since received complimentary feedback from the attendees at the event.