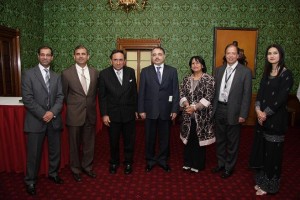 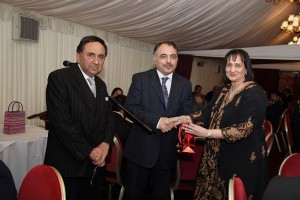 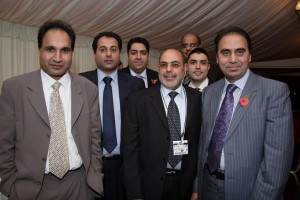 CMF Councillors held a dinner in the House of Lords to commemorate the launch of the Conservative Parliamentary Friends of Pakistan. The dinner was hosted by Lord Sheikh and speakers included Cllr Arif Hussain, Chairman of CMF Councillors. The Acting High Commissioner of Pakistan, Manzoor ul Haq, was in attendance and spoke at the function. Sajjad Karim MEP also spoke at the event. Also in attendance were officers from the Pakistani High Commission including Cdr Asif Saleem Chaudhry, Ayesha Farooqui and Talha Saeed, as well as councillors from all over the country. Karim Sacoor was the Master of Ceremonies and the Vote of Thanks was given by Cllr Mohammad Bhatti.