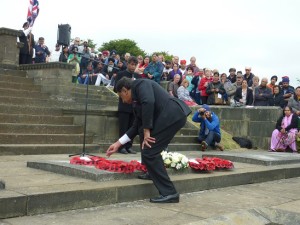 Lord Sheikh laying the reef at the Chattri. 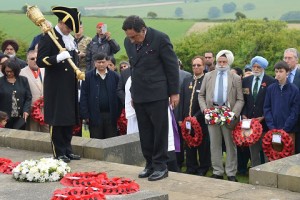 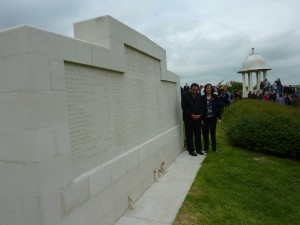 This monument records the names of 53 soldiers cremated at the Chattri. 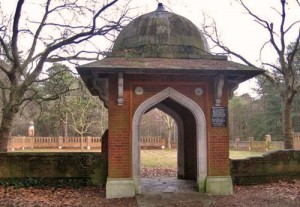 Lord and Lady Sheikh attended the memorial service at the Chattri for the 70 Indian soldiers who lost their lives in the First World War. These injured soldiers were brought to hospitals around Brighton. 53 Hindu and Sikh soldiers were cremated at the Chattri according to their tradition, and the other 17 were buried at Horsell Common according to their Islamic tradition; others were buried at either the Muslim burial ground in Woking or the Brookwood Military Cemetery in Surrey.

The Indian Army was one of the largest volunteer armies in the world, which totalled 240,000 men. Over one million Indian troops served overseas, of whom 62,000 died and another 67,000 were wounded.

In World War I the Indian Army fought against the German Empire in German East Africa and on the Western Front. At the First Battle of Ypres, Khudadad Khan became the first Indian to be awarded a Victoria Cross.