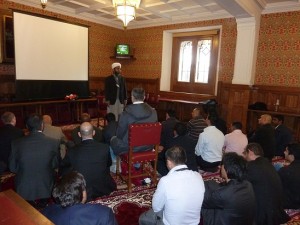 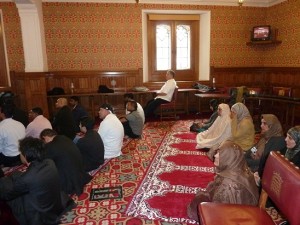 The holding of Friday Prayers in the House of Lords which was arranged by Lord Sheikh is continuing to be held when Parliament is in session. The congregation is made up of both men and women, and includes people who work in the Palace of Westminster, surrounding Government departments and other Muslims irrespective of party affiliation. The prayers this week were led by Imam Hasan Ali of Palmers Green Mosque whose sermon included the acceptance and tolerance of all people in Islam. Omar Faruk is involved with the organisation of the Prayers and also sometimes leads the prayers himself. 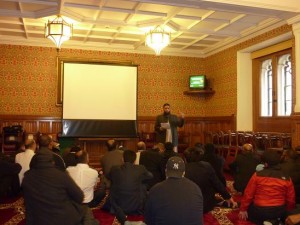 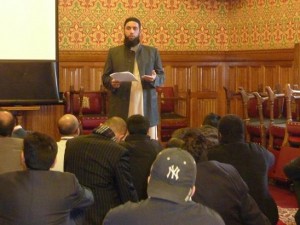 Lord Sheikh has arranged for Friday Jummah prayers to be said in the House of Lords. The prayers are said on a weekly basis during the time Parliament is sitting and are held in Committee Room G. The prayers are led by several different Imams and the congregation is mostly made up of Muslims who work in the Palace of Westminster and in the surrounding Government departments.

The prayers last week were led by Imam Asim Hafiz (Imam of the Armed Forces) who delivered a sermon which has practical relevance to people’s daily lives.