The British Sri Lankan Association is a non-profit organisation which aims to empower the British and Sri Lankan communities and facilitate a society that is cohesive, fair and prosperous. The Association seeks to build partnerships and ties between the UK and Sri Lanka in the areas of economics, education, environment and health.

Lord Sheikh is a friend of Sri Lanka and has visited the country three times. He works hard to promote relations between the UK and Sri Lanka.

Lord Sheikh made a speech at the event which highlighted his connection with the Sri Lankan High Commissioner in London, Her Excellency Ms Manisha Gunasekera, and the good work she undertakes in her role as High Commissioner.

Lord Sheikh once again paid tribute to the victims of the devastating attacks on Easter Sunday in Sri Lanka earlier this year and denounced the actions as not in our name. He acknowledged the presence of Father Fernandes at the event. Lord Sheikh also spoke on the importance of interfaith dialogue and the need to promote peace and harmony amongst various racial and religious groups. He stressed that everyone should recognise the similarities and we share and focus on what unites us.

Lord Sheikh referred to Sri Lanka’s remarkable economic progress and the Sri Lankan trade conference held on Wednesday 9th October in the London Stock Exchange. He noted the unique relationship between the UK and Sri Lanka and how there are many opportunities to strengthen trade linkages between the countries. 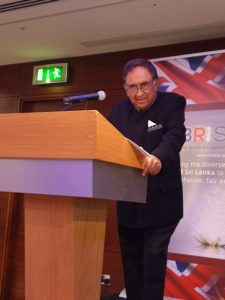 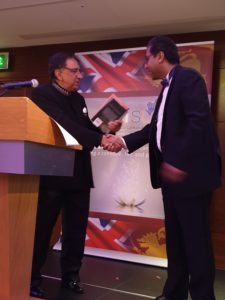 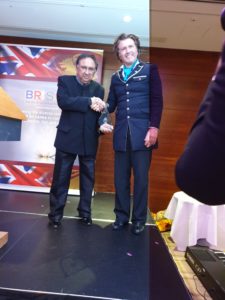