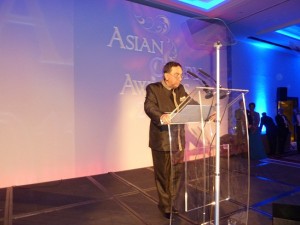 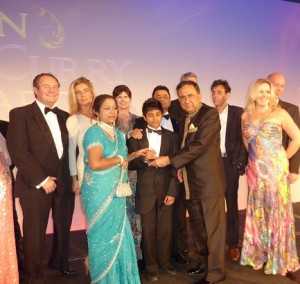 Lord Sheikh was the Chief guest at the Asian Curry Awards dinner which was organised by the Federation of Bangladeshi Caterers at the Royal Lancaster Hotel. It was a pretigious event and over 500 guests were in attendance.

Lord Sheikh spoke at the dinner and presented two major awards. In his speech Lord Sheikh said that there are approimately 12,000 British Bangladeshi resturants and takeaways in the UK. The industry employs around 100,000 people and has an estimated yearly turnover of over £4 billion pounds, the industry therefore provides employment and generates revenue for the country.