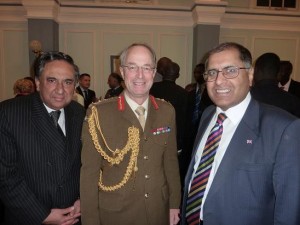 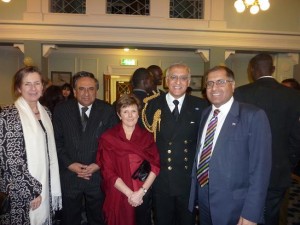 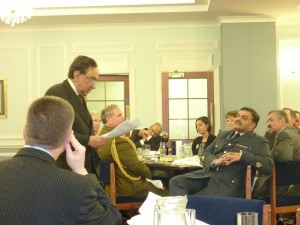 Lord Sheikh attended and spoke at the Eid Gathering organised by the Armed Forces Muslim Association. The event was held at the Officer’s Mess at RAF Northolt.

Lord Sheikh in his speech congratulated General Sir David Richards on his recent appointment as Chief of the Defence Staff and also explained the significance of Eid in other major religions. Lord Sheikh encouraged the ethnic minorities to join the Armed Forces and the police force and said that they need to get involved in every walk of life.

Lord Sheikh also acknowledged the sacrifices that Muslims and the ethnic minorities have made in the World Wars and expressed his gratitude to the Armed Forces personnel for the risks they bear. He added that we need to ensure that the Forces are properly resourced when deployed and adequately looked after once they have ceased to serve.