Reception at the British Embassy in Istanbul 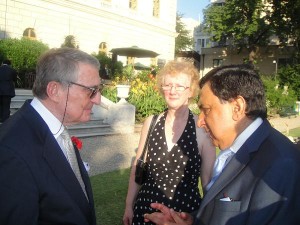 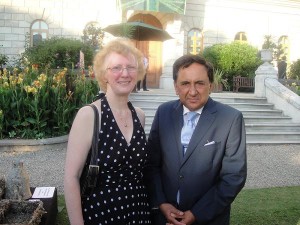 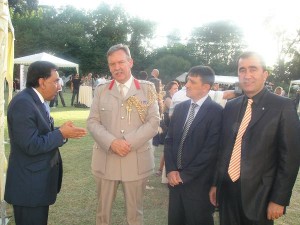 Lord Sheikh attended a garden party organised by the British Consulate General in Istanbul and the purpose of the reception was to promote the protection of the environment. Lord Sheikh was greeted by the Consulate General Mrs Jessica Hands and the Military Attache Colonel Richard Robinson MBE. At the reception he also met and spoke to Mr Rahmi Koy, the prominent Turkish businessman who is involved in the protection of marine life and the cleaning of the environment in Turkey. Lord Sheikh had previously met Mrs Jessica Hands in the House of Lords when he hosted a meeting which was attended by British Ambassadors to various parts of the world.