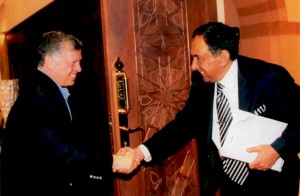 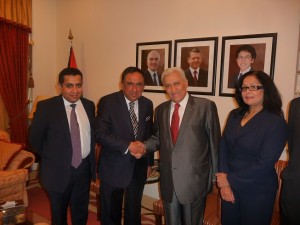 Lord Sheikh led a delegation of British Parliamentarians to Jordan at the invitation by His Majesty King Abdullah. The delegation held meetings with His Majesty, the Prime Minister, the Foreign Minister amongst other dignitaries. They also visited the something camp near the Syrian border containing over 100,000 refugees. The group spoke to the organiser of the camp as well as the residents in order to get a better understanding of the present situation and what else needs to be done.