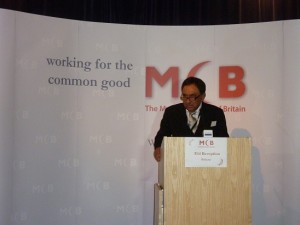 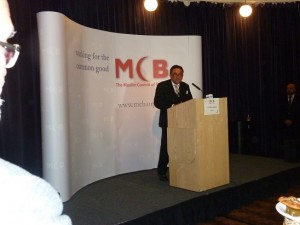 Lord Sheikh was one of the VIP Guests at the MCB function celebrating Eid ul Adha. Lord Sheikh in his speech talked about the demonization of Islam in certain quarters which was totally unjustified as Islam is a religion of peace. In regard to media freedom, Lord Sheikh said that as a democrat he values democratic principles including freedom of the media but the media must exercise this freedom with responsibility.