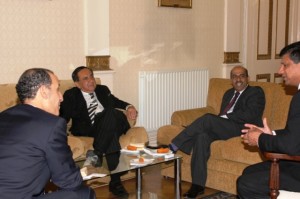 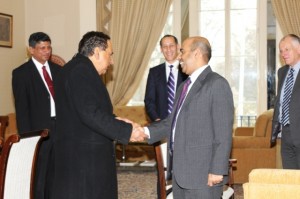 A meeting was held at the Sri Lankan High Commission with a view to establishing links between the University of Hertfordshire and a suitable Sri Lankan University. The meeting was initiated by Lord Sheikh, who visited Sri Lanka in October 2010 as part of the Commonwealth Parliamentary Association Delegation.

As a result of the discussions it was agreed that the University of Hertfordshire will provide help and facilities to establish a nursing college in Sri Lanka and Professor Barry Hunt with other academics will be visiting Sri Lanka shortly to take the proposal further.

Lord Sheikh is keen to establish links between universities in the UK and educational institutions overseas.